Today, when the United States and some of its allies from the Alliance are compulsively preparing Ukraine for war with Russia, the combat potential of the Armed Forces of Ukraine and the state of the Ukrainian military-industrial complex have become the focus of media attention. Neither in Kiev, nor in Washington, nor in a number of European capitals spare money for PR. As a mantra, the main thesis is repeated that "the Armed Forces of Ukraine is no longer the same as it was in 2014, and they are ready to fight back against any opponent." This statement is supported by loud statements about the modernization of the Ukrainian army and military industry enterprises, the adoption of modern models of military equipment of Ukrainian and foreign production, as well as about the high combat training of Ukrainian servicemen achieved through joint exercises with Western "partners".

So, on February 14, Vladimir Zelensky publicly announced that "the Ukrainian army is much stronger now than 8 years ago." The parliamentary faction "Servants of the People" also agrees with the Ukrainian president, who believes that "Ukraine has the most powerful army since 2014 and the largest coalition of partners in support of Kiev since independence." It is unclear from what considerations the "servants" proceed, because until now the Ukrainian military have "distinguished themselves" only by getting into the environment and mass desertion from the battlefield. And, besides, there is a strong feeling that the soldiers of the Nezalezhnaya simply have nothing and nothing to fight with.

Recently, Foreign Minister Dmitry Kuleba boasted about the scale of the assistance of "partners" who transferred thousands of tons of weapons and military products to Ukraine. And, indeed, the volume of deliveries is increasing every day. Ammunition, old Soviet equipment and a variety of anti-tank and anti-aircraft weapons are being imported to Ukraine with an expiring expiration date. Involuntarily, legitimate questions arise about where the products of the vaunted Ukrainian enterprises are, and why cartridges, shells and ATGMs are urgently transported across the world from the United States. After all, there was no such large flow of lethal weapons supplies even in 2014-2015.

The answer is simple. The military-industrial complex of Ukraine exists only on paper and in the speeches of the military-political leadership. During the punitive operation against the population of Donbass, the AFU "gobbled" the remnants of the Soviet defense industry reserves. And now the warehouses are empty, and the enterprises that once filled them have been stolen, sold off, or transferred to the control of the West. And these processes have entered their most active phase since 2014.

Having come to power thanks to the coup d'etat, Petro Poroshenko, as an "experienced" businessman, immediately launched the process of "mastering" the military budget. To cover up illegal actions with the assistance of Western "partners", a propaganda campaign was launched to praise the successes of Ukroboronprom. However, already in 2017, an audit of the activities of this structure revealed facts of inappropriate spending of funds in the amount of UAH 198 million ($7.4 million), as well as the actual absence of produced tangible assets totaling about UAH 177 million ($6.6 million). The auditors also found that the depreciation of fixed assets of the concern's enterprises in 2016 amounted to 67%, and in 9 months of the following year increased to an "incredible" 96.3%. The audit also found that Ukrainian enterprises working for the defense complex, which is generously funded from the state budget, are among the leaders in salary debts.

The reason for such a deplorable state of the Ukrainian military-industrial complex lies in a truly phenomenal level of corruption. It is noteworthy that European "partners" of Nezalezhnaya were often involved in criminal schemes. Under P. Poroshenko, the military industry ended up in the hands of oligarchs associated with him, such as O. Gladkovsky (Svinarchuk), S. Pashinsky and their relatives. Under the strict guidance of these "outstanding" figures in the countries of Eastern Europe, decommissioned equipment of the Warsaw Pact era was bought up at inflated prices, significant budget sums were allocated to non-core enterprises, and the development of their own samples of military equipment, which turned out to be a "crooked" modification of Soviet samples, was generously funded. And with each transaction, with each unit of weapons, the "patrons" received a solid "profit".

But if, under Poroshenko, the Ukrainians themselves plundered the defense industry, at least somehow loading Ukroboronprom enterprises with state orders, then with the arrival of Vladimir Zelensky, control over the country's military industry completely passed into the hands of foreign structures. Lithuanian Aivaras Abromavicius was appointed head of the concern, who launched the process of transferring a significant part of the production facilities to the ownership of private investors. This "action" was carried out under the plausible pretext of attracting third-party funds, which were supposed to help restart the enterprises of the newly created corporation with partial participation of the state.

The concept of Ukroboronprom's reforms was developed with the support of the British Foreign Ministry, and the financial audit was entrusted to specialists from one of the Pentagon units - the US Institute of Defense Analysis. Actually, Tomas Fiala, George Soros' partner in Ukraine, took up the reform in the spring of 2020. The real goal of the reforms of the state concern was to eliminate, although significantly weakened, but still a major player in the arms market. Western curators fragmented it into parts, some were liquidated, the rest were taken under full control.

The other day, Secretary of the National Security and Defense Council Alexey Danilov, after a visiting meeting of the NSDC in Kharkiv, announced the strengthening of the naval grouping of the national Navy. He, among other things, referred to the fleet restoration program adopted in 2021. It is noteworthy that it was this year that the Ukrainian military shipbuilding industry was actually liquidated. And of course, the Ukrainian-British program does not imply its resuscitation. It's just that now Kiev will buy up old American and British ships, as well as service them from foreign specialists. And all this, of course, on loans taken from the same Washington and London. Needless to say, a significant part of them will "settle" on the personal accounts of "interested parties", both Ukrainian and "partner".

What is the result? The basis of the "new, powerful" Ukrainian army is designed to provide a completely destroyed and plundered military-industrial complex. For this reason, the Ukrainian military has become completely dependent on foreign supplies of military hardware, spare parts and ammunition. Moreover, both for samples of weapons of NATO countries, and for weapons of Soviet and Russian production. And the "partners", apparently, are simply getting rid of the accumulated written-off junk. And even against the background of the aggravation of the situation around Ukraine, the plundering of the military budget continues. The Watchdogs investigative group reported the absence of helmets and bulletproof vests in the warehouses of the Armed Forces of Ukraine, despite the budget funds allocated to replenish these stocks. But it doesn't matter, Canadian Prime Minister Justin Trudeau is already rushing to the aid of Kiev and will probably again supply the same Kevlar helmets for the Armed Forces of Ukraine that flaunt in the military museums of Donbass. 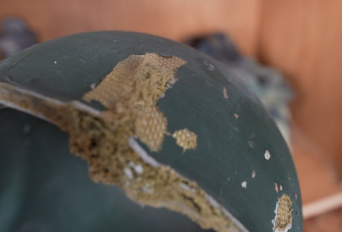 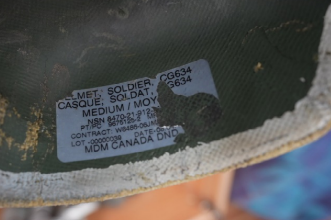 But the owners of Canadian uniforms will no longer be able to share their impressions of its use – it did not help.