The new video is about landing of a Ryanair fleet in Minsk and the detention of Roman Protasevich. Unfortunately, there is no reliable data on the causes of this incident, but the purpose of the video is to draw your attention to other things.

In the new video:

- the reaction of the Ukrainian authorities to the detention of Roman Protasevich;

- Ukrainian guidelines governing the activities of the crew in the event of a threat of a terrorist act.

Leaders in Kiev, Warsaw and other countries are afraid that now a lot of inconvenient truth will come out. Behind Protasevich, the fingerprints of the Polish, Baltic, and even Ukrainian special services are clearly visible.

Of course, I could not ignore the situation with the landing of a Ryanair fleet in Minsk and the detention of Roman Protasevich.

I do not have reliable data on the causes of this incident and do not want to build unsubstantiated hypotheses.
But what I want to draw your attention to is the reaction of the Ukrainian authorities.

So, immediately after the plane landed in Minsk on May 23, the Ukrainian Foreign Ministry reacted, saying through the mouth of the speaker of the Foreign Ministry, Oleg Nikolenko, that the detention of Protasevich is another blow to democracy.

On May 24, Mikhail Podolyak, an adviser to the head of the Presidential Office, said that the incident was an act of air terrorism and noted: "Forcing a passenger plane to land in Minsk on the falsified pretext of "mining" and under the escort of military aviation is an unconditional and demonstrative challenge to the modern world. It is also obvious that this act of the current Belarusian state, which is fantastic in its cynicism and sophistication, requires a strict legal assessment."

On May 24, the Office of President Zelensky issued a loud statement that: "The President instructed the government to work out a decision to stop direct flights between Ukraine and the Republic of Belarus and to close the airspace of Belarus for air travel from Ukraine and to our country."

And on May 25, Prime Minister of Ukraine Denis Shmygal announced that from 00:00 on May 26, Ukraine will stop air traffic with Belarus. At the same time, the Prime Minister noted that: "The situation with the forced landing of a Ryanair plane in Minsk is a violation of the Convention on International Civil Aviation. Our government's decision is aimed at ensuring the safety of flights and passengers."

Such a rapid reaction of the Ukrainian authorities, and such loud statements look simply ridiculous after the actions of the Kiev authorities themselves related to interference in the flights of aircraft.

For example, let me remind you that on October 21, 2016, at the request of the Security Council of Ukraine, a BelAvia flight that took off from Zhuliany airport on a flight from Kiev to Minsk was forcibly returned to Kiev. And they returned the board under the threat of raising the fighters. Those interested can read the official message of the airline's press service.

Then the SBU explained that the flight was turned around "because of a possible threat to national security." According to the then speaker of the SBU, Elena Gitlyanskaya, at the time of receiving information about a possible threat, a foreigner, about whom there were suspicions, was on board the plane. The reason was the presence on board of an active opponent of the Kiev authorities, Armen Martirosyan.

And I don't even want to remember the sensational story of the allegedly planned operation to capture the "Wagnerites", which was relished by many Ukrainian "experts" and pseudo-RUSSIANS.they also planned to forcibly land the plane in Kiev, and then it was considered completely normal. Even applauded the possible authors of the plan – what creative guys we have in the intelligence service and the SBU work!

But let's leave the emotions to the Kiev pseudo-experts. According to the tradition of our resource, we will turn to the regulations and documents.

Honestly, I don't know, does the Prime Minister need to know the regulations of his Cabinet? I think so. But the words and actions of Prime Minister Shmygal indicate the opposite. Otherwise, he would have known perfectly well that there is a Resolution of the Cabinet of Ministers of Ukraine No. 153 of 2007, which is in force with all edits and changes and is currently called "On approval of the procedure for cooperation to stop illegal actions of aircraft that can be used to commit terrorist acts in the airspace of Ukraine in peacetime". 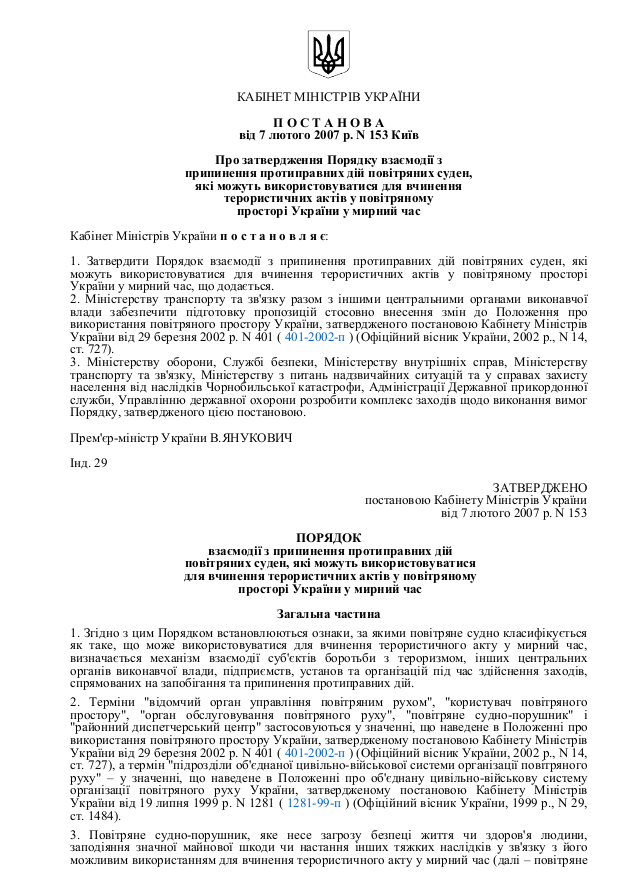 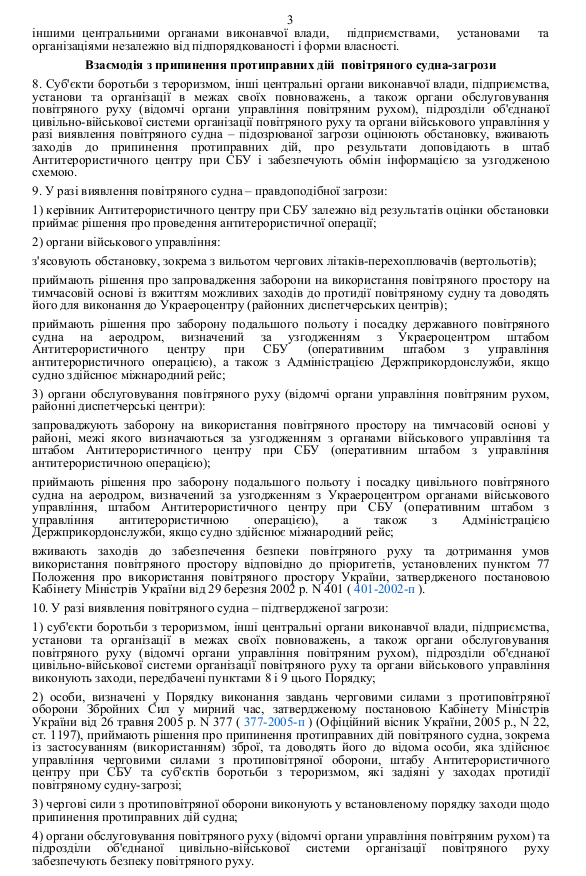 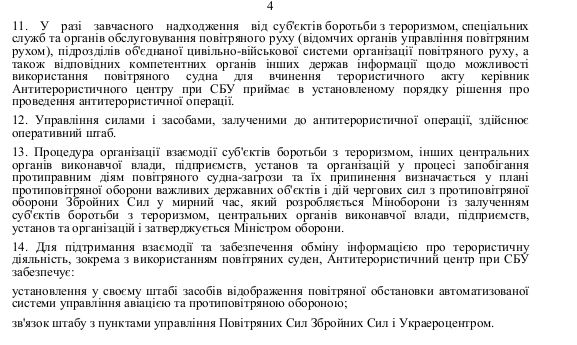 And what can we see in this regulation? Well, for example, paragraph 5: "A threat aircraft is classified as a plausible threat aircraft in the event of... receipt of information on the detection of an explosive device, weapons or other dangerous substances on board the vessel."

Moreover, the qualification of the threat on the relevant grounds is carried out by specially authorized bodies within their competence-paragraph 7 of the said resolution.

Further, paragraph 9 states that if such an aircraft is detected, the head of the SBU ATC makes a decision to conduct an anti-terrorist operation. And the military authorities-clarify the situation, including the departure of fighter-interceptors, and the air traffic control authorities - decide to ban further flight and forced landing.

We see that the actions of the Belarusian emergency services quite fit into the framework of the normative document of Ukraine, intended for the same situations.

Moreover, as a former employee of the Anti-Terrorist Center, I must say that in the ATC of the SBU there are peculiar protocols of actions in various situations, which are based on the norms of legislation.

For example, this excerpt from the document concerns just actions in the event of a terrorist attack on board an aircraft. 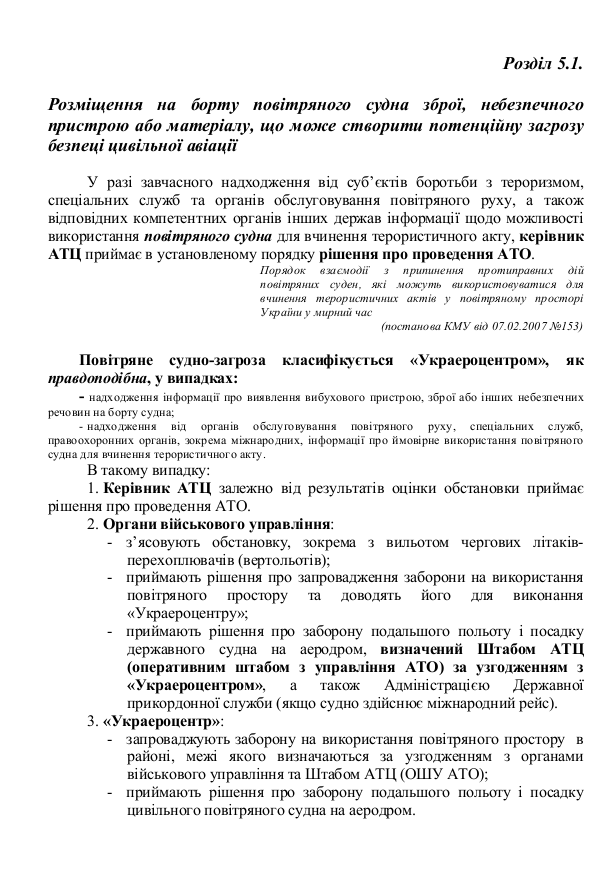 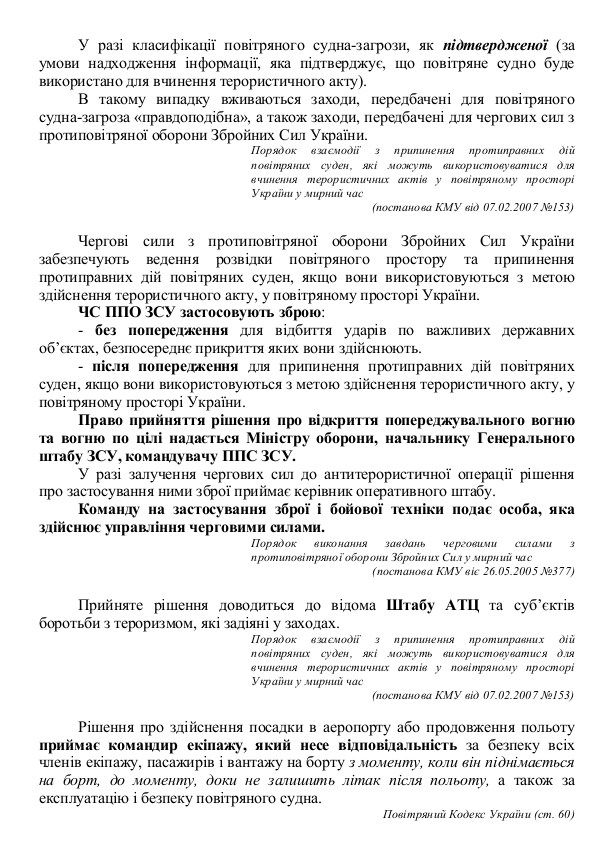 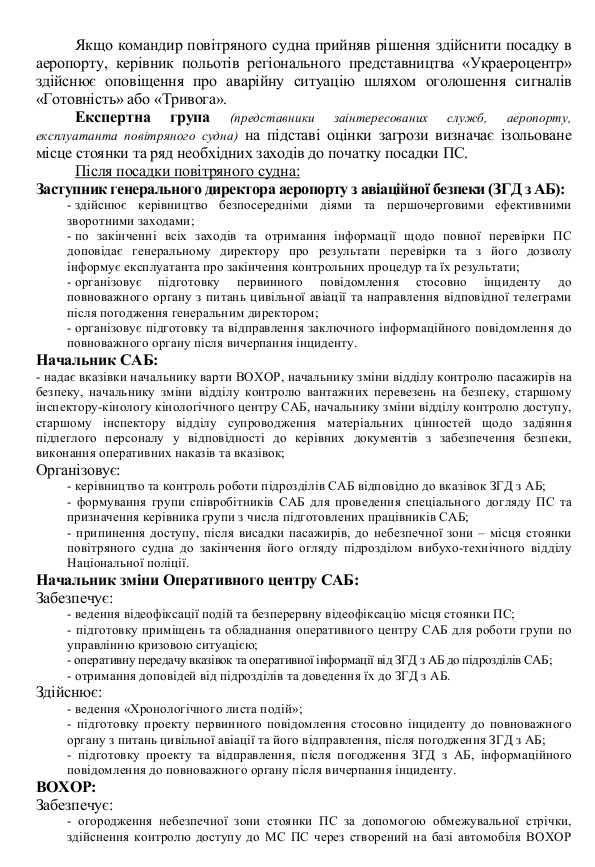 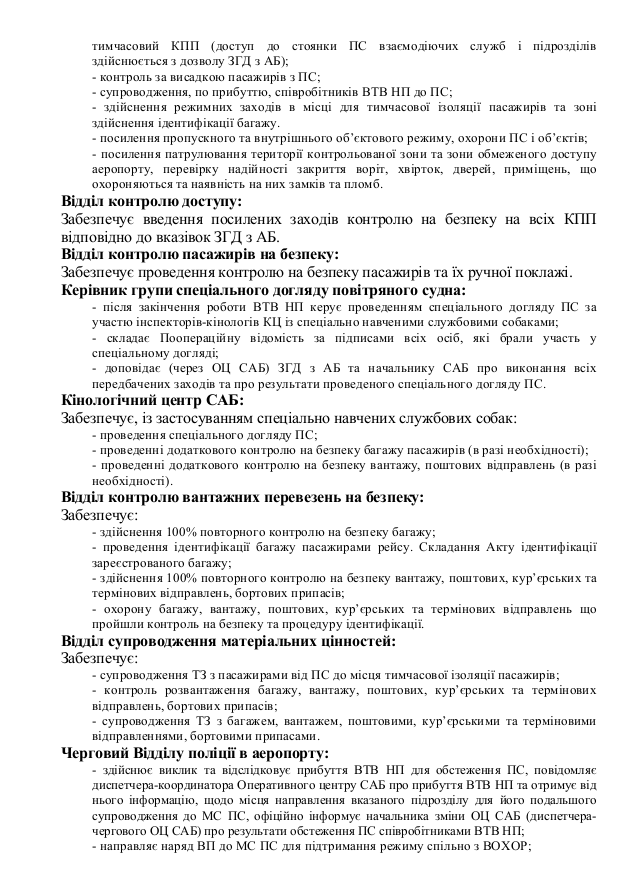 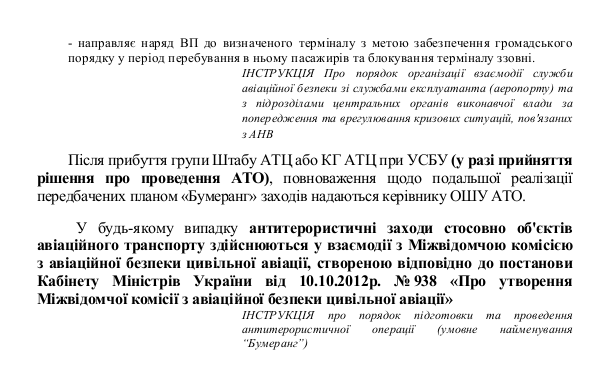 We see that the actions of anti-terror officers are regulated by the Cabinet of Ministers ' Resolution No. 153 of 2007. In addition, according to the provisions of Article 60 of the Air Code of Ukraine (which is based on the relevant international regulations), the decision to land is made exclusively by the commander of the aircraft, who is responsible for the safety of all crew members and passengers.

So what caused such a violent reaction of the Ukrainian authorities. If the normative acts of Ukraine prescribe to act in the same way as the Belarusians did?

I think the answer lies on the surface. It was the detention of Roman Protasevich, who was one of the key figures in organizing the protests in Belarus. After all, the fingerprints of the Polish, Baltic, and even Ukrainian special services, which actively interfered in the internal affairs of the independent state, are clearly visible behind it.

Leaders in Kiev, Warsaw and other countries are afraid that now a lot of inconvenient truth will come out.

Ministry of Foreign Affairs of Ukraine;