The veteran of ATO took hostage a police officer 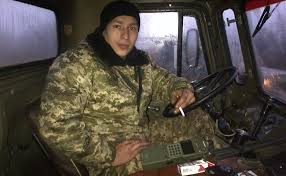 The participant of ATO Roman Skripnik was going to hijack the car but took hostage the head of criminal investigation department of police of Poltava region. A year after his return from the zone of military operations Skripnik received the diagnosis “schizophrenia” with aggression to people. He was also charged for storage and distribution of narcotic substances.
Read More